In an unexpected ruling, the Seventh Circuit Court of Appeals has denied GlaxoSmithKline PLC’s motion to dismiss a drug defect lawsuit blaming the pharmaceutical company for a man’s suicide. The wrongful death case, filed by the widow of Stewart Dolin, contends that it was the six paroxetine tablets, which he took as prescribed, that prompted him to kill himself in 2010. Paroxetine is a generic version of Paxil.

Dolin’s widow, Wendy Dolin, claims that the warning on the generic Paxil’s bottle was inadequate because it failed to caution that there was an increased suicide risk for adults. She believes that her husband experienced the serious side effect called Akathisia, which has been linked to certain Selective Serotonin Reuptake Inhibitors that are prescribed for anxiety and depression. The resulting inner agitation and restlessness can be so intense that some experts have said that a person might wish to end his/her life.

Under the law, generic drug makers are not allowed to change the labeling designated by the makers of brand name drugs. They must use the same exact wording on their products’ labels. This can make it tough for a consumer to file a drug injury case against the manufacturer.

END_OF_DOCUMENT_TOKEN_TO_BE_REPLACED 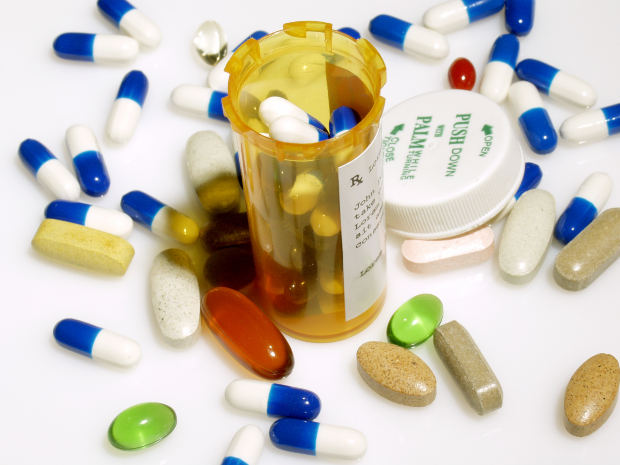 After the initial allegations from the Vitma incident, Thakur assigned project managers to compare the data Ranbaxy had about its other various drugs with data collected by regulators. Thakur also met with a company official where he was informed that the basic company culture was to manipulate data to achieve the results it wanted in order to have the drugs approved and put on the global market. The company regularly forged, backdated and lied to regulators about its operating and manufacturing procedures. Ranbaxy’s scientists also made it known to Thankur that it frequently substituted ingredients in medications for less expensive, low quality ingredients in order to manage production costs, as well as manipulated testing parameters by substituting brand-name drugs for their own drugs in order to accomplish better testing results. Some drugs made by Ranbaxy had never been tested, and the company essentially put millions of patients at risk.
END_OF_DOCUMENT_TOKEN_TO_BE_REPLACED

Ranbaxy USA Inc., the American subsidiary of Ranbaxy Laboratories Limited, an Indian generic pharmaceutical maker, has agreed to pay $500 million to settle fines related to claims that it made false statements to the FDA about its manufacturing practices abroad and sold substandard medications and pay penalties. The US Justice Department, which announced the terms of this resolution, said that Ranbaxy also pleaded guilty to criminal charges involving federal drug safety violations.

Former Ranbaxy Director (and Global Head, Research & Portfolio Management) Dinesh S. Thankur, who filed the whistleblower lawsuit, is the one who brought forward the allegations that the company violated Good Manufacturing and Laboratory Practices, leading to the making of subpar drugs and the falsification of drug information. He also contends that Ranbaxy submitted false claims for a number of adulterated drugs to government healthcare programs for payment, as well as turned in false information when no tests were conducted while falsifying data about backdating tests.

Thankur alleges that the generic drug manufacturer committed Medicare/Medicaid fraud and pharmaceutical fraud. He said that he was forced to notify healthcare authorities about the violations after his former employer didn’t act when he alerted them to the problems.

END_OF_DOCUMENT_TOKEN_TO_BE_REPLACED

The US Supreme Court has just heard arguments in Mutual Pharmaceutical Co. v. Bartlett, a dangerous drug lawsuit involving a woman who was awarded $21 million verdict for serious injuries she sustained after taking the generic version of the drug Clinoril. The plaintiff, Karen L. Bartlett, developed Stevens-Johnson Syndrome and Toxic Epidermal Necrolosis.

The two life-threatening conditions had caused her outer skin to burn off. Not only was at least 60% Bartlett’s body left as an open wound following the skin loss but she also now legally blind. Now, the justices are trying to decide whether generic drug manufacturers can be sued in state court for design defects-especially when the generic version is an exact copy of its brand-name counterpart that the federal government had already approved.

At issue is whether the Supreme Court should reinforce its 2011 ruling that protected generic drug manufacturers from state products liability claims accusing them of not warning about possibly dangerous side effects. In a 5-4 vote, the court had agreed with the defendants that they had no alternative but to use the exact same drug labels as the ones used by the brand drug makers. Following Bartlett’s verdict, which was upheld by 1st US Circuit Court of Appeals on the grounds that the plaintiff had pushed a different legal theory (concentrating on the danger of the drug and not whether or not the warning was accurate) and that even if the defendant could not have used a different warning label for Sulindac, it could have chosen to not manufacture the drug, the drug industry contended that the Supreme Court’s 2011 ruling had been disregarded.

Drug Injury Lawsuits
Drug manufacturers are tasked with making sure that they medications that they sell are safe for consumers. In addition to warning of potential dangers, risks, and side effects, they also must design a drug in such a way that such dangers are minimized and with benefits that far surpass any risks.

Unfortunately, there are still pharmaceutical companies that will rush to get a product out there or keep it in the marketplace in order to make a profit-and it is the patients that suffer.